The most ancient traces of man's presence in Berici Hills were found in caves on the eastern side of the hills, where nomadic or semi-nomadic hunters would shelter: remainings of fire-pits, cooked animals, flint artifacts and weapons, deer's teeth and pierced shells. Near the lakes there have been discovered the earliest traces of Neolithic agricultural societies (4th millenium b.C.): cups, bowls and chisels in Pianezze di Fimon, fine square-shaped pottery in Villa del Ferro in Val Liona and in the archaeological site in Fimon-Molino Casarotto, in what is today a reclaimed portion of the lake.

During the Bronze Age (2nd millenium b.C.) mainstream Polada culture was a distinctly stilt-house-based society. The dwelling-sites in Pascolone and Ponte sulla Debba have delivered planty of one-handled cups, bowls and spindles.

In Fondo Tomeliero there have been found remnants of pile-house floors, cups with elaborated ribbon-like terramaricolo decorations and two bronze bipennis.

From the beginning of the Iron Age in 900 b.C. Palaeoveneti culture became predominant. An Indoeuropean people originary of Illiria, Palaeoveneti lived in hut villages, cultivated land and bred animals (cattle, goats, sheep, pigs, and especially horses), were skilled wood-carvers, worked pottery and bronze, spinned and wove fabrics, had commercial relationships with the Etruscans and transalpine peoples.

Palaeoveneti gathered for open-air religious ceremonies on hills, near water-courses and in trafficked places. With the opening of Via Postumia in 148 b.C. Roman influence became paramount in this region, so much so as in 49-42 a.C. all Palaeoveneti cities became municipia, thus acquiring Roman citizenship. Roman Age findings are common in Berici Hills area: Lobia terminus stone, inscribed stones in Lonigo, an ex-voto stone dedicated to Aesculapius and Fortunius's gravestone in Barbarano, household material and coins in Brendola.

With the end of Roman rule and the Longobard invasion, Longobard lords lavished gifts and privileges on churches and monasteries. S.Felice's Benediktines greatly helped to improve the condition of an abandoned countryside turned into a wasteland from their monasteries of S.Mauro in Costozza, S.Vito in Secula, Brendola e Noventa, S.Maiolo in Lumignano.

After the breaking-apart of Charlemagne's empire and Hungarians' raids the Count Bishop finally managed to hold in his grip both religious and political power and was granted by the German emperor the right of building castles to protect his possessions in Grancona, Altavilla, Orgiano, Costozza, Valmarana, Nanto, Brendola, Barbarano, Zovencedo.

At the beginning of the Comuni Era (12th century), Vicenza attracted under its rule surrounding towns and allied with nearby cities against Emperor Frederick Barbarossa, winning independance.

But soon internal strife broke out between the supporters of Vivaresi family and of Maltraversi family while successive Bishops kept attacking the Comune with the hope of gaining their power back, and in the war against Treviso and Padua the population was the victim of raids and massacres. 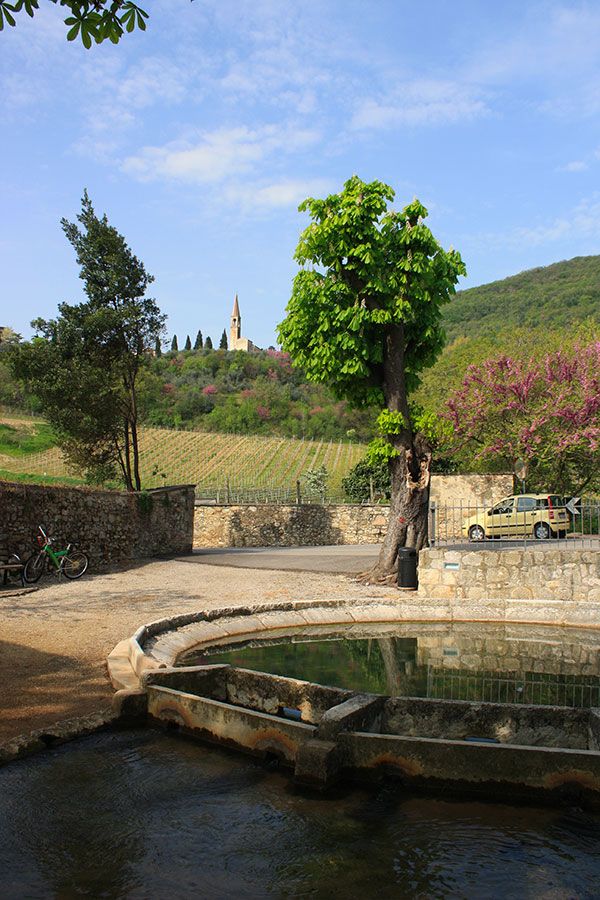 Many Berici Hills towns were repeatedly plundered until 1404 when Vicenza, lest she fell into the Lords of Padua's hands, gave herself up to Serenissima Venice, in exchange of territorial and judicial integrity.

Thus began an age of relatively enduring peace and wealth, interrupted by occasional epidemics, by two disastrous earthquakes and even more disastrous passages in 1510-1513 of Venetian and imperial troops during the Cambrai War, when civilians were killed in their numbers at the massacres of Costozza and Mossano.

In 1796 the Republic of Venice could not stand up against the pretensions of the French and Austrian armies fighting on her territories. Campoformio Treaty (1797) assigned Veneto to Austria, to whom it was subjected uninterruptedly but from short periods (1806-1813 and 1848) until the Third War for Italian Independance (1866).