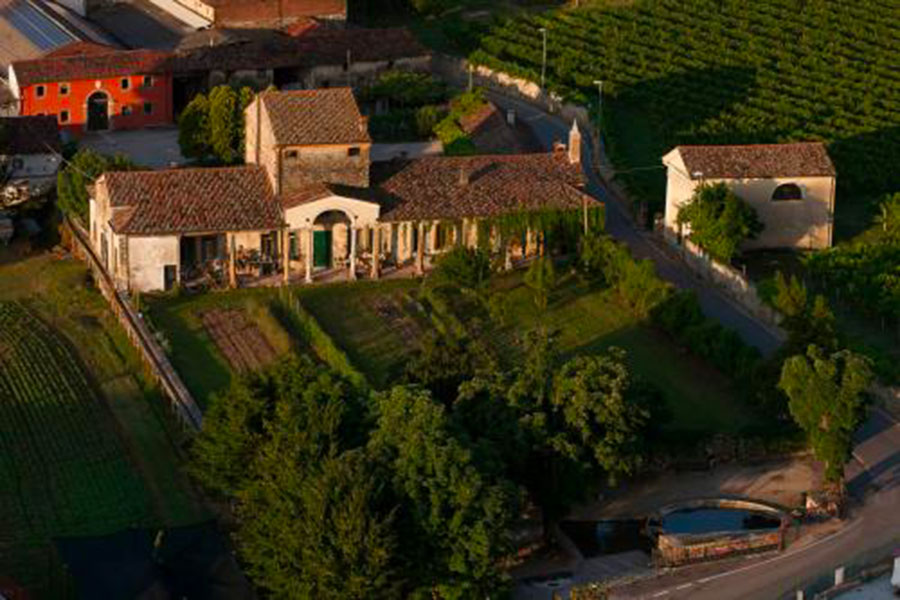 The 15th century building was deeply modified during the centuries, especially in the 17th century when a rusticated porch with a central corinthian-columned arch was added. In 1652 the Chapel of Mary's Assumption was built, where we can see a statue by Angelo Marinali.
On the east side of the garden we can see what in the 17th century was a watermill, and is now the cellar where the Costalungas, the present owners, keep and sell the wines produced by Azienda Agricola Costalunga. 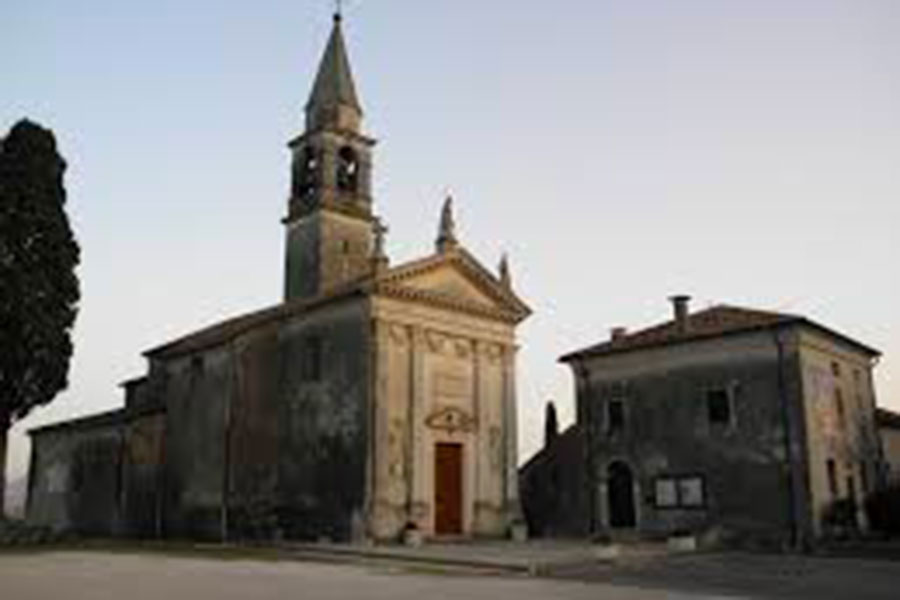 Even if it is now in Castegnero's territory, Mary's Church used to be nanto's Parish church until the end of the 19th century, when a new church closer to the town was built.
The building, of which we first read in a 1297 document, when it belonged to the canons of Vicenza's cathedral, is rectangular with its apse pointing east. The hut-shaped facade opens with a late 15th- early 16th century Berica Stone gate. The southern side gate is also very interestingly decorated.
An inscription of 1492 tells us the the committent of this works of art was Giovanni Pietro dei Luciferi of Parma, archpriest in Nanto from 1470 to 1509.
Inside we can still see a 1479 fresco of the killing of S. Simonino of Trento, an extremely rare theme in Vicenza.
In the chancel we can also see some interesting remnants of frescoes, whose author may be Michelino da Besozzo. 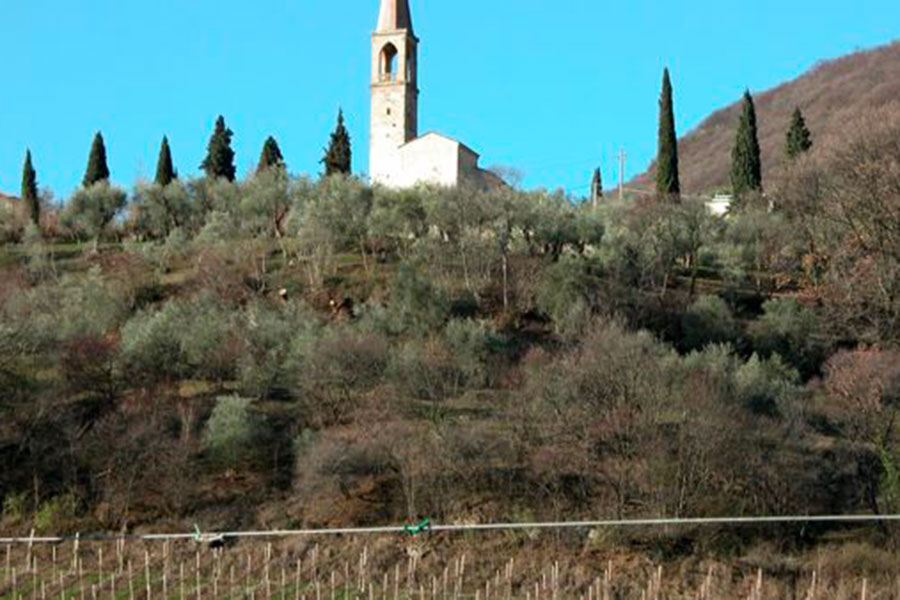 The church, already attested in the thirteenth century, was rebuilt in the fifteenth century and restored in the nineteenth century. In it are preserved eight paintings that once were in the oratory of the Rosary in S. Corona. Two of these, the Annunciation and the coronation of the Madonna, are attributed to the Carpioni, while the paternity of the others remains doubtful. Also interesting is the altarpiece of the high altar painted by Cristoforo Menarola in 1729, as attested in the inscription in lime. The church also preserves a precious Roman age base, once walled up on the wall of the church, which reads the following inscription: FORTUNAI SATRIA Q (uinti) F (ilia) PROCULA V (otum) S (olvit) L (ibens) M (erito).
On this testimony the historians have based themselves to affirm that in ancient times there stood a temple dedicated to the goddess Fortuna to which Satria, daughter of Quintus, to fulfill a vow, probably donated a statue, of which this is the basement. The historical sources inform us that in ancient times there was the castle of Castegnero, of which some traces remain in the bell tower. In fact, it is very interesting to note the inscription on a plaque at the base of the bell tower, which contains two dates with a different spelling: in the first one we read the date 1139, while in the second the date 1154. 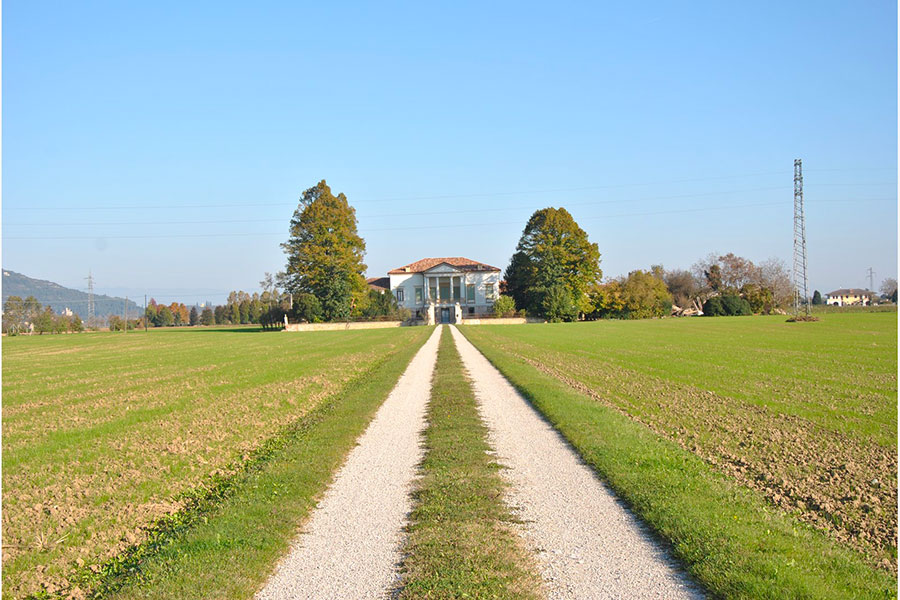 The mouth of the cave is closed by a wall that allows entry to the cavity. On the inside, the walking surface has been leveled and some steps carved into the rock have been carved out. 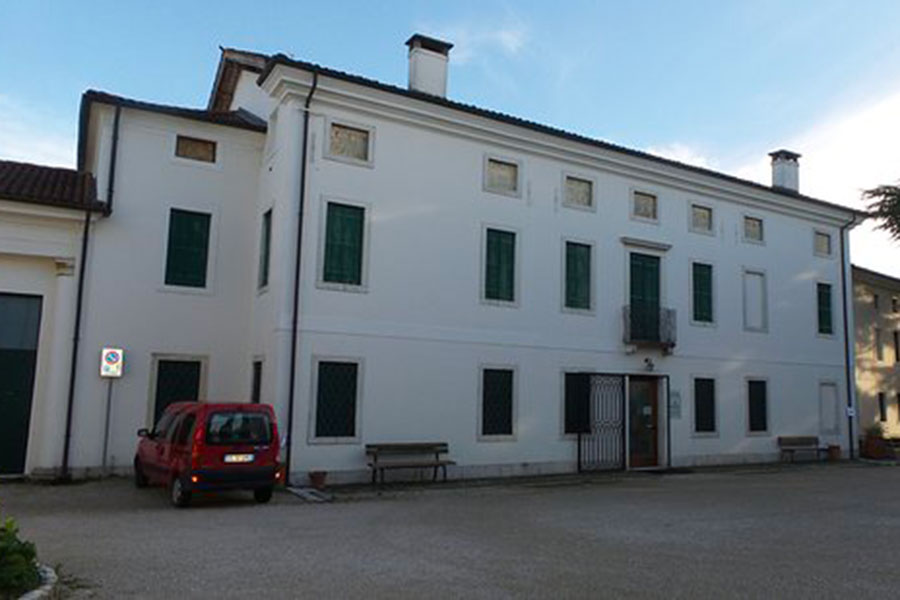 Built around 1760 on a design by Enea Arnaldi, the villa appears as a manifestation of the Vicenza neoclassicism inspired by the Palladian models. The architecture is unfortunately weighed down by restorations and expansions carried out in the second half of the last century. 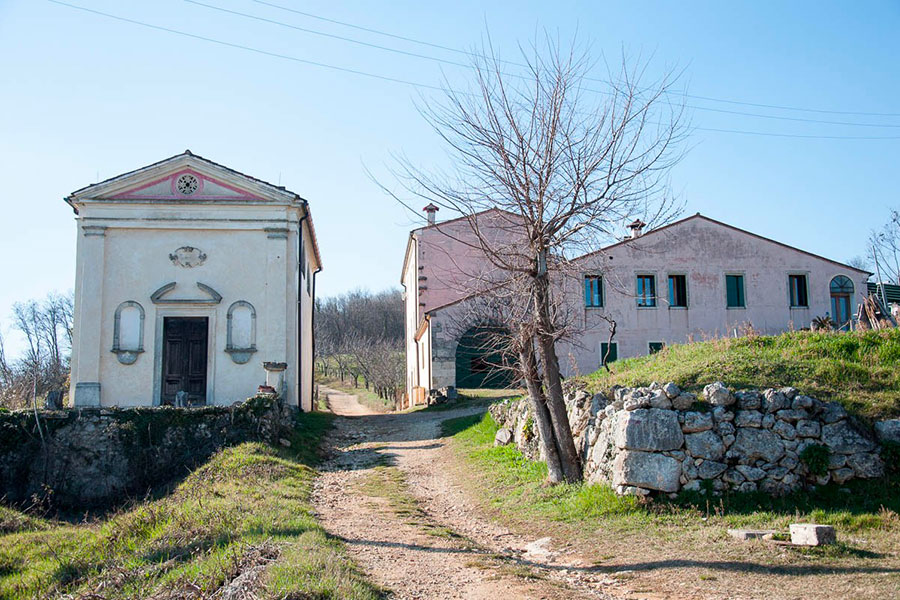 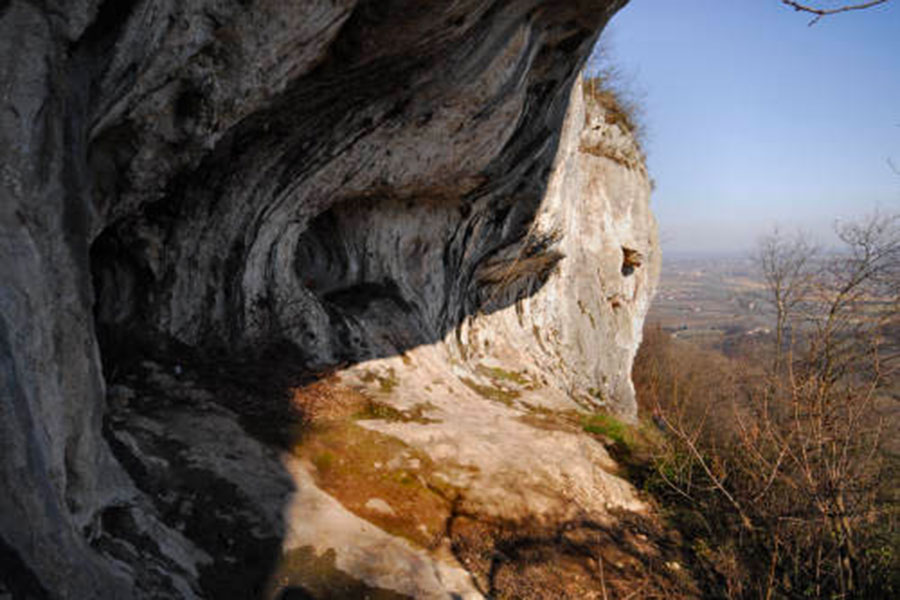 The main body of the villa is divided into two parts, more closed one while the other opens into an elegant loggia with five intercolumns. The complex also includes a chapel dedicated to the Holy Trinity, built in 1738. It can only be visited outside.